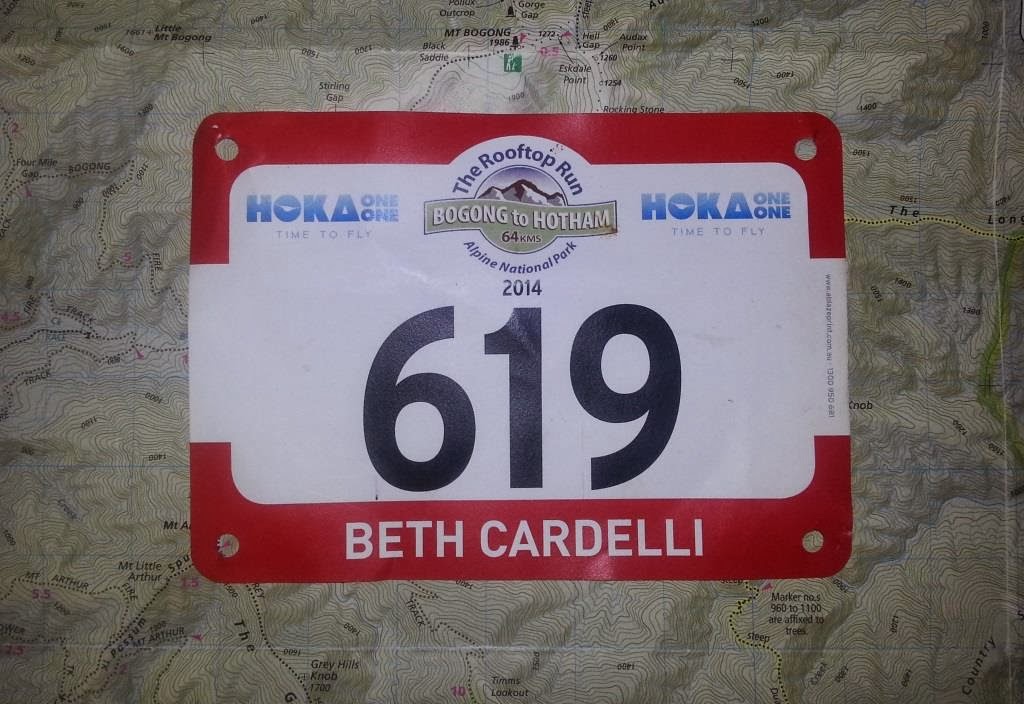 Well, about bloody time. Its been a three year wait for this historic (28th running) and iconic Australian ultra-trail race known as Bogong to Hotham The Rooftop Run to be run again. The wait hasn’t been due to injury, nor missing out on an entry due to a faulty internet connection, or poor statistical odds in a lottery. The wait has been because Mother Nature has been fickle in her choice of weather for the event. In 2012, after the race was called short at Langford Gap (35km) due to adverse weather, including gale force winds, hail and freezing temperatures, I was really looking forward to returning the following year for another attempt. Unfortunately in 2013 we didn’t even get to start as the extreme heat experienced in the region (+40°C in the valleys) the race was once again cancelled. So in 2014 I think it is fair to say that we were all holding our breath and hoping for kinder conditions.
I had a pretty quiet end to 2013. There were no big races for me. I was just enjoying running the trails around Berowra and the Blue Mountains with friends. Most of my lead-in training runs for Bogong to Hotham focused on runnable hills, non-runnable hills, steep hills, technical hills, big hills and also small hills. I’d go up these hills. I’d go down these hills. When the summer sun was at its peak I’d go out and do some of these hills in no particular order. I’ve done Bogong to Hotham in a hot year and a cold wet year, so I know the importance of training in all types of conditions.

In the days prior to the event I travelled down to Bright/Mount Beauty, VIC, with Mum and Dad for a holiday and to relax prior to my first race of 2014. Brian and fellow Berowra Bushrunner/recent training partner, Andrew Layson, along with Gill Fowler and Marc Person also joined us. As more runners started to appear in Mount Beauty and the summer weather continued to be benign, all signs were looking good. Following check-in, Andy Hewat (RD) confirmed at race briefing that the race would go ahead. Yay!! So I retired with the others to what has become a traditional pre-race barbeque dinner of freshly caught trout (sometimes salmon) from the Salmon and Trout Farm at Harrietville.
The start line formalities for this event are very straight forward. Arrive 5 minutes before roll call for a quick toilet break. Announce your presence at roll call. Walk forward to the start line. 10 second call. 5 second call. 4. 3. 2. 1. GO! As the race starts on a gentle uphill incline it is a pretty slow start. Everyone wants to arrive at the bottom of The Staircase spur (+1300m ascent over 5.5km approx.), 2.5km further up the trail, still feeling fresh for the ascent which will take most people in the vicinity of 60min. Gill Fowler and I ran together from the start and settled into our own pace and allowed the guys who sprinted ahead to burn off some nerves. Gill and I had done a few training runs together in recent times. She is a very smart and calculated runner whose pace remains strong throughout trail ultras. I knew that if I faltered at any time she would be the first girl to pass me, assuming I’d be in the lead at the time. At the base of The Staircase Gill let me lead the climb, then we ascended to the top passing a fair number of boys along the way.

At the top of The Staircase is Mt Bogong at 1986m elevation (highest point in VIC). On a clear day such as this one it is always a pleasure to reach the top with it's panoramic views. The time to enjoy it is limited however as following a quick, “Hi” and “Good-bye” to the volunteers it is onwards and downwards to T-Spur. On the decent to Big River I tripped and planted my head in some nice soft bushes. It was nice to have a quick lie down. At Big River the cool mountain stream water was flowing strongly and I washed off some of the dirt from my face. Feeling refreshed I scrambled up the far bank and started running the first few switchbacks at the start of the climb.
As I made the 700m ascent from Big River to Roper Hut, in the warm morning sun, I was thinking how unfortunate it is that the most refreshing part of the run is at the bottom of the hill, furthest away from where you really want it. I arrived at Roper Hut with Michael Keyte who had been with me shortly after my close encounter with the alpine flora. Michael and I just met up with Jono O’Loughlin who was having a casual pit stop at the Roper Hut checkpoint. Jono left first and Michael and I picked up the pace along the High Plains fire trail to catch up to him. Tactically for me it was a bad move as the two of them slowly pulled away as they clearly enjoyed the open running more than I did. As I didn’t have the speed to stick with them I plodded along at my own pace, enjoying the alpine views that the clear weather afforded.

Approaching Langford Gap I saw a group of three people ahead walking the same direction as I was along the aqueduct trail. I first noticed Jo Brischetto, then Mum and Brian. I kind of felt sorry for Brian as we were still about a kilometre from the checkpoint and he would have to run ahead to get ready for me. I called out to them, then watched Brian high tail it to keep in front of me. Arriving at the Langford Gap checkpoint Brian had everything laid out for me. We exchanged soft flasks. I emptied my pockets of rubbish and half eaten food, he filled them with new food. Brian let me know that I was under my race record splits, which motivated me to stay focused on the second half of the course. A quick drink and lathering of sunscreen then I was off again to chase Jono, who was just disappearing out of sight along the track as I was entering the checkpoint. I left the checkpoint with the goal to catch Jono before the finish.
On the approach to Cope Hut and the Omeo Road checkpoint I meet Andrew Lee. Andrew was struggling with cramps. We left the checkpoint together and we shared each other’s company up until Pole 333. I have done a few training runs with Andrew in the past, which usually consists of a chat for the first handful of kilometres before he strides out and disappears into the distance. It was a pleasure to run with him for a bit longer than usual this time round.

Along this next section of ‘high plain’ running to Pole 333 I ran in hope of once again seeing brumbies on the horizon, as I did on my first run in 2010. Unfortunately I wasn’t that lucky, but as a consolation I was caught and passed by Dave Coombs. Dave was like the Phantom, who appeared as quickly as he disappeared. I pursued Dave out along the last of the high plains before descending down to Dibbin Hut. After Dibbin Hut it is a short ascent of only 350m or so onto Swindlers Spur, but the climb in the heat of the day with 50km or so in the legs can be truly testing. On the climb I finally caught up to Jono, again. He was in a bad way. I suggested he use me to pace him to the top, but he was struggling and couldn’t stick with me. I’m sure that this will be the only time he lets me in front of him. There was no way that I was going to slack off in this last part as I was confident that Gill would be powering through this back half of the course.
I passed the Mount Loch dam knowing that there was just one more climb was ahead. As I got closer to the summit of Mt Hotham I could see Dad ahead in the carpark with his camera. He cheered me on while taking photos as I passed. Near the top of the climb I was met by Brian who joined me for the last 200m to the summit cairn. I touched the stone cairn in 8:09:47 for a new female course record and 7th overall. Close behind me was Jono and not surprisingly Gill in 8:19:32.
The overall race winner was Stu Gibson who finished in the trail ultra equivalent of ‘blink and you will miss him’ time of 6:44:42. Interestingly the last time the complete race was run in 2011 both Stu and I took out the honours. That year it was a cold and overcast day, and I’m glad to say that given the heat we endured in this year’s run we both managed PB’s.

There isn’t enough praise that can be given to the Race Director Andy Hewat, Assistant Race Director Brett Saxon and all the volunteers who have persevered with the changeable weather conditions in the region over the previous two years. It is one thing to cancel one event at the latest possible notice due to extreme weather, it is something else to come back from a consecutive cancellation. I’m pretty confident that all those runners who lined up at the start line of this year’s Bogong to Hotham are very grateful for the race organisers' continued efforts. I think however after a successful event this year all can be forgiven (maybe?).